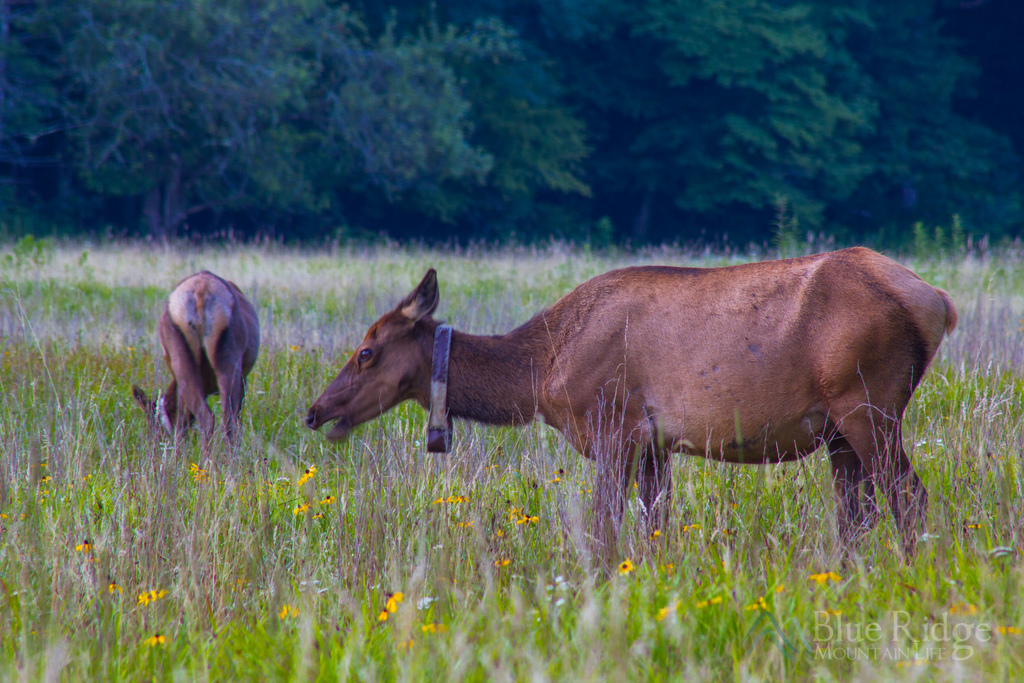 One our favorite places to visit in the Great Smoky Mountain National Park is Cataloochee Valley.   The drive there is beautiful, and there is so much to do once you're there.

Cataloochee Valley was once home to a large community and even once a Cherokee Indian hunting ground.    Henry Colwell (later changed to Caldwell) purchased land in 1834 and later moved his family into the area in 1834.  Young Bennett and family came along with the Caldwell family.

Both families settled in Big Cataloochee where their families and decedents remained until they were forced out by the government when the Great Smoky Mountain National Park was established in the early 1930s. 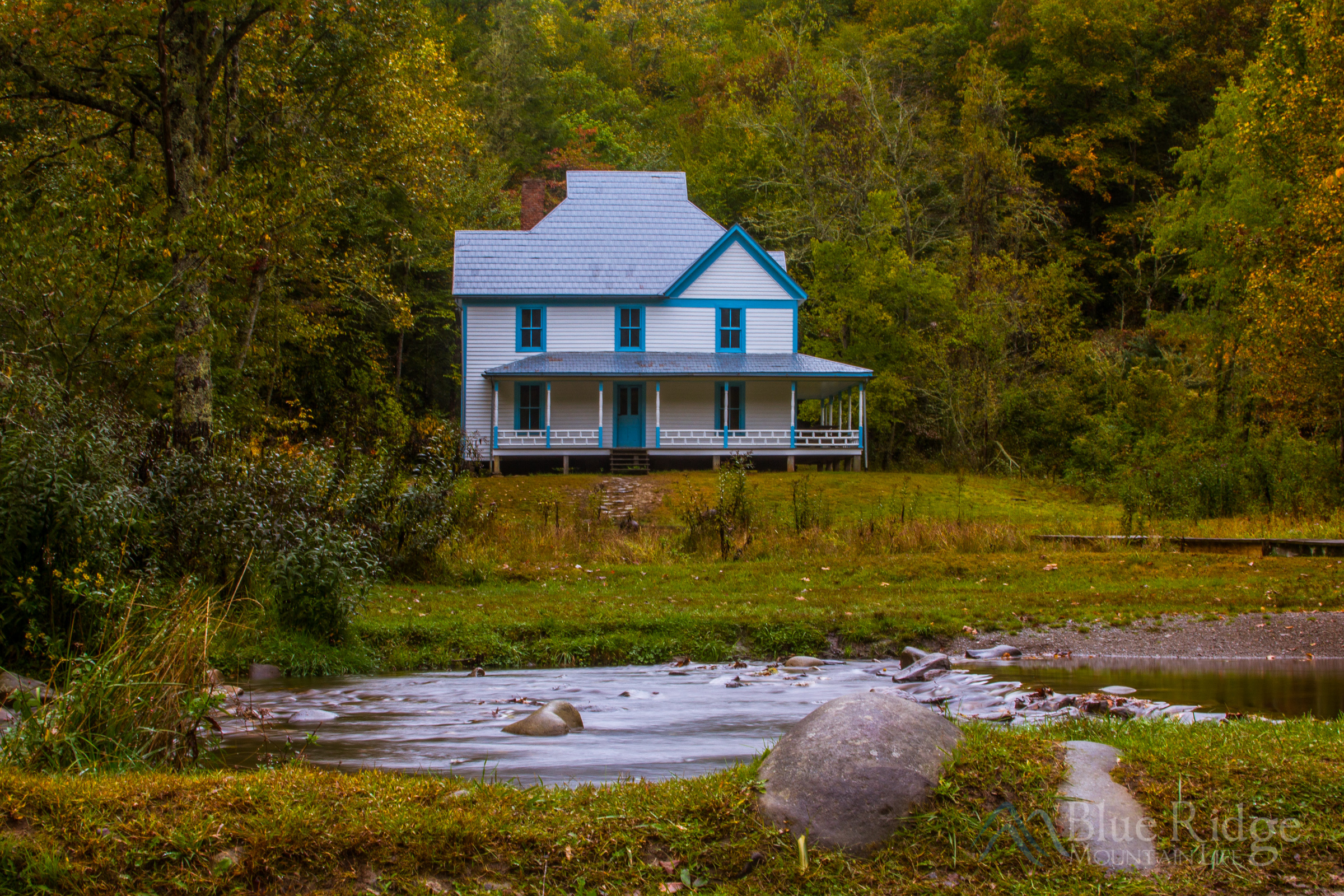 Cataloochee Valley contains a number of old homes that you can still see and walk through.  All built in the late 1800s.  The Caldwell house was built by Hiram Caldwell in 1898 - 1903.   Woody house and was built by Steve Woody in 1880.  The Woody house is accessible via a short hike on Rough Fork Trail. 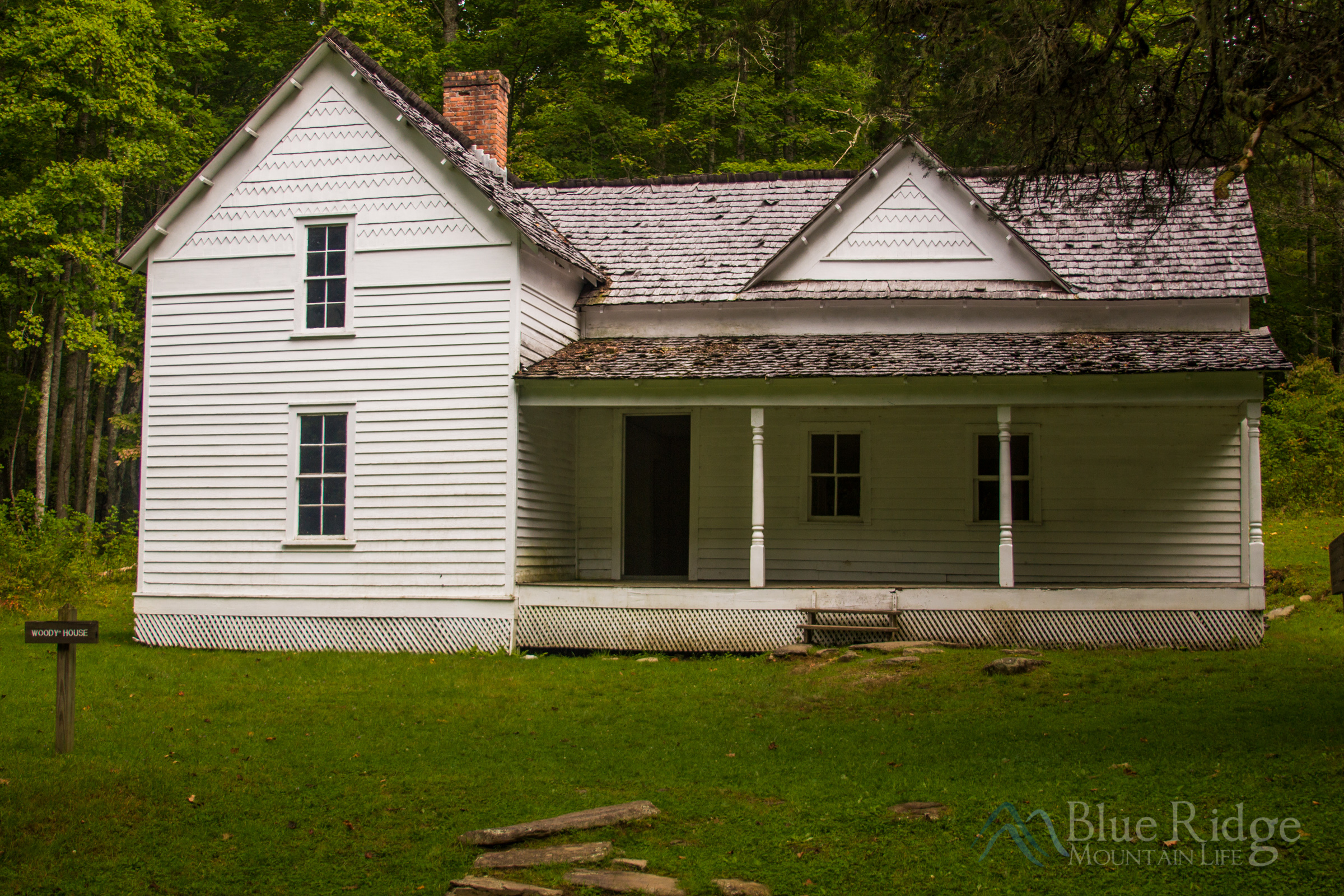 Cataloochee Valley also contains historic churches, a schoolhouse, and a number of old barns and outbuildings. 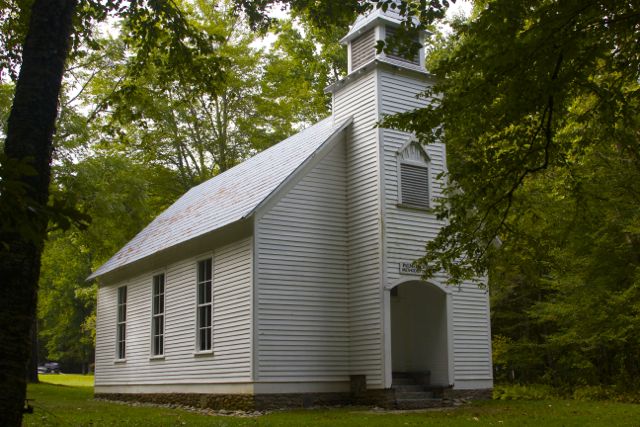 Cataloochee was a truly remote, and self-sustaining Appalachian Community.  Families raised animals, hunted, farmed, and had fruit orchards.  Spring houses and home storage areas were used to keep food products and canned goods to use during the winter.  They were also traders, often trading with nearby communities and even the Cherokee Indians. 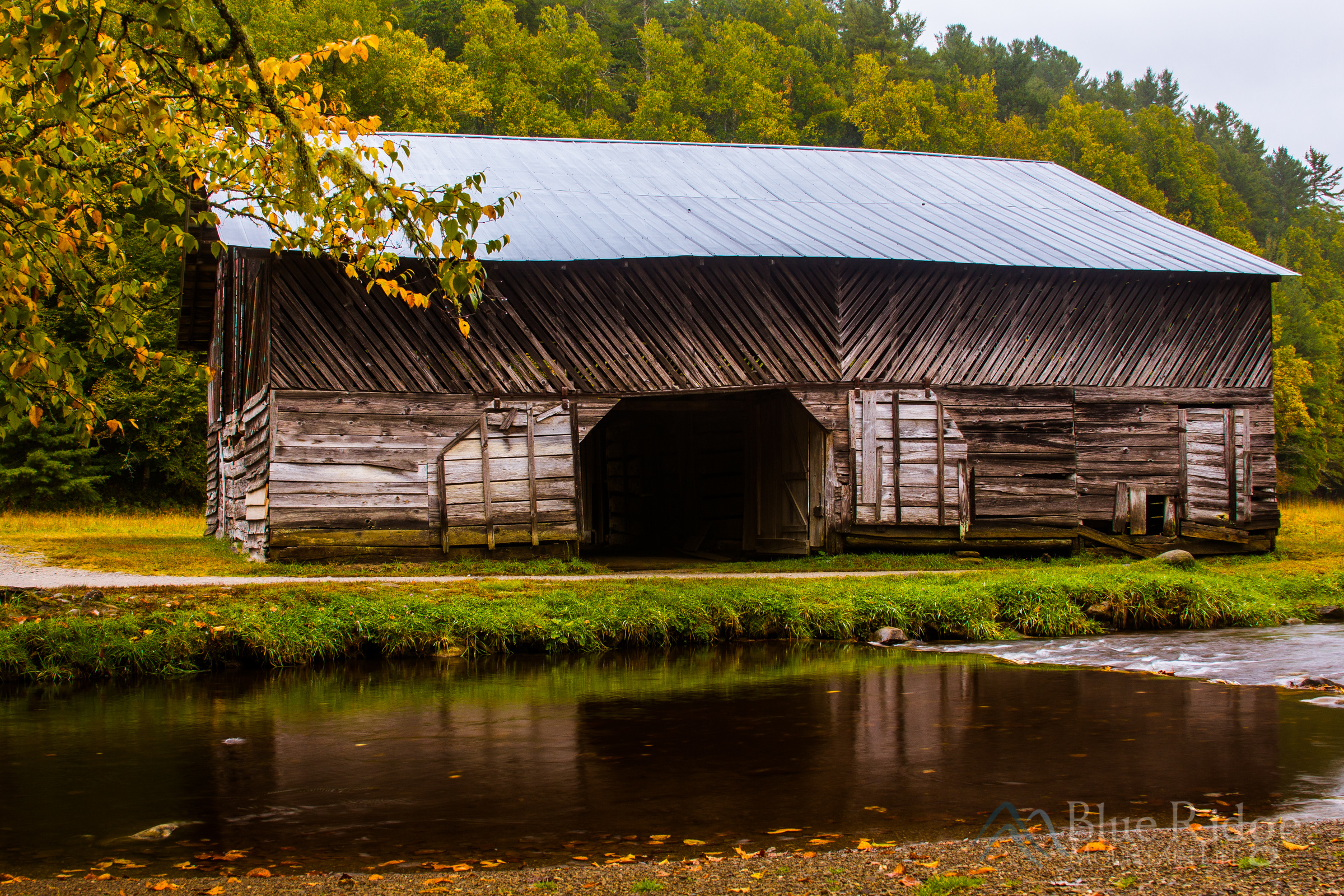 How to get to Cataloochee Valley

One the things we really like about Cataloochee valley is that it's still pretty remote.  Main access is through Cove Creek Road, which is considered by most to be a crude dirt/gravel road, full of twists and turns and large potholes.   Cove Creek Road is accessible from Jonathan Creek Road, exit 20 off I-40.  You'll see signs right after you pass under I-40.

Follow Cove Creek Road until it becomes a gravel road, then continue through along this stretch which is very curvy and narrow.  When you reach a T intersection with a paved road, head left.

Along the way you'll pass a beautiful overlook, then the Campground, followed by the Ranger station.  This is the main area of Cataloochee Valley, and the location where you will generally see the Elk.

Here's a video of the drive in:

Here is a video we put together, highlighting all the great things to see and do in Cataloochee Valley, including Elk bugling:

Things to do in Cataloochee Valley

There are tons of things to do in Cataloochee Valley.  We've been a number of times, and still, haven't seen or done all there is to do.

One of the biggest attractions for Cataloochee Valley, and the Great Smoky Mountains National Park overall, are the Elk. 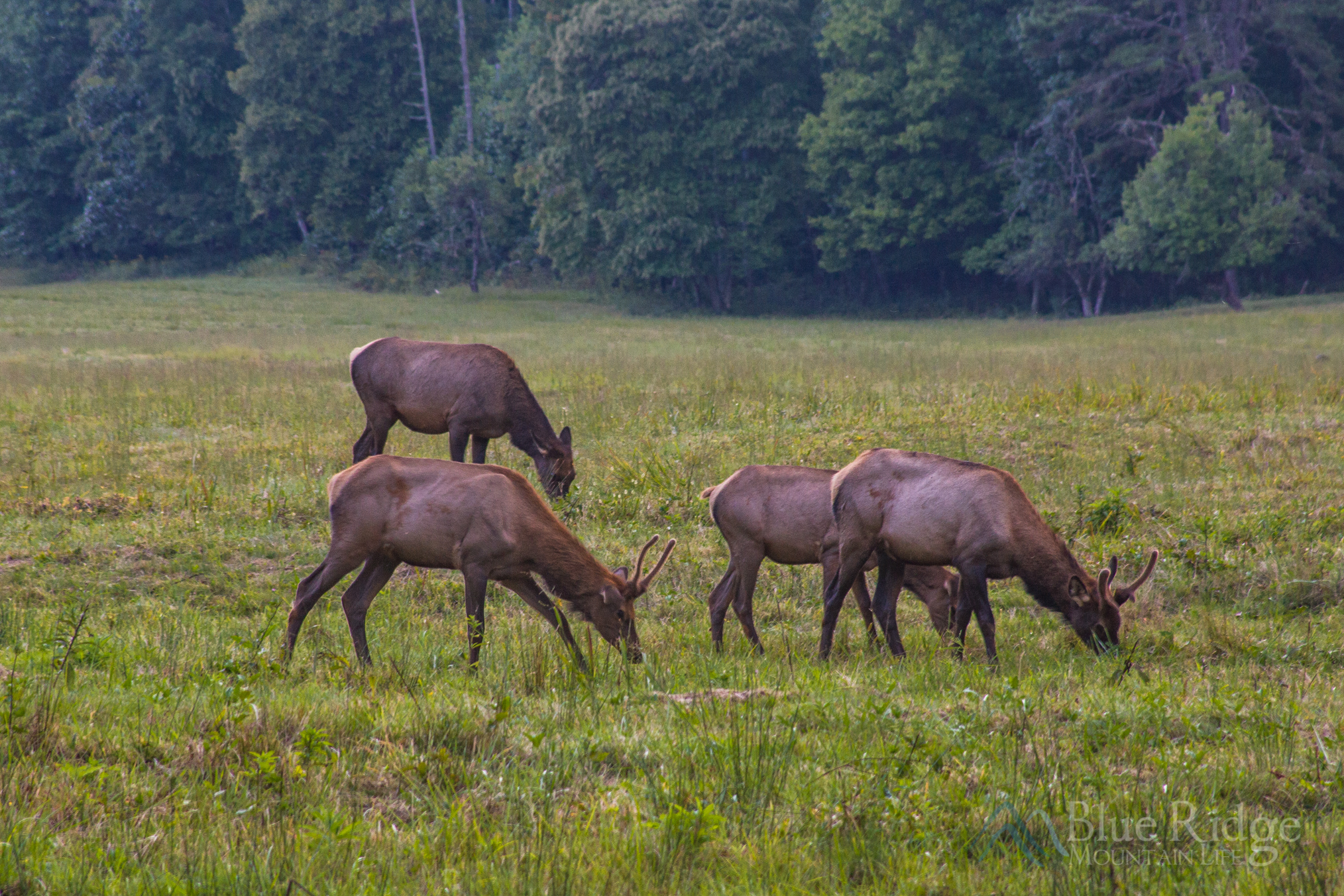 In February 2001, 25 Elk where released into the valley.  Today, nearly 20 years later, the Elk have prospered, and at least 150 roam the park, many of them in Cataloochee Valley.

Learn all about the Elk of the Great Smoky Mountains National Park, in our comprehensive Elk Guide!   Full of history, information, viewing tips, safety tips, location information, best times to see them, and of course photos and video.

Here are a few photos of the Elk in Cataloochee Valley: 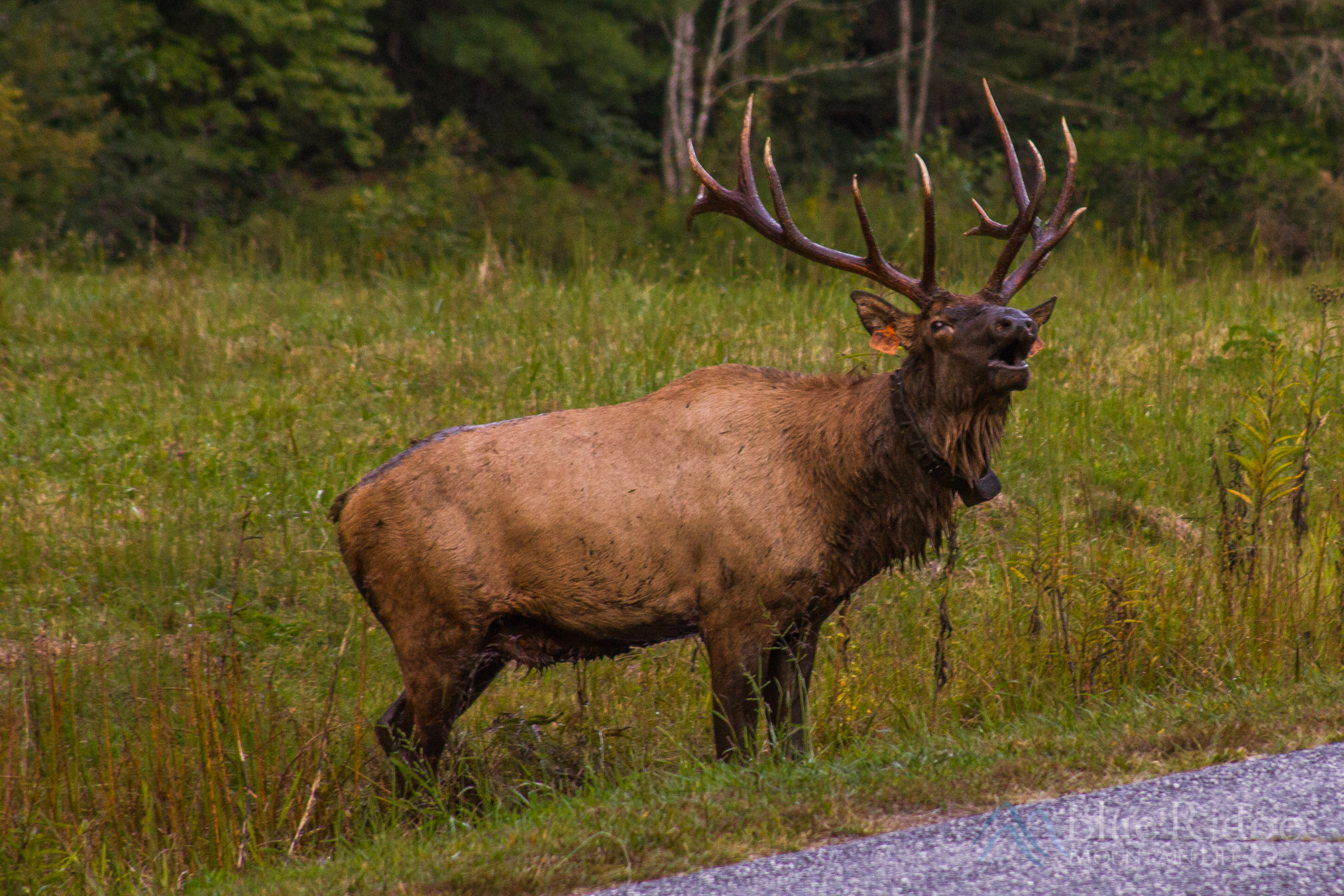 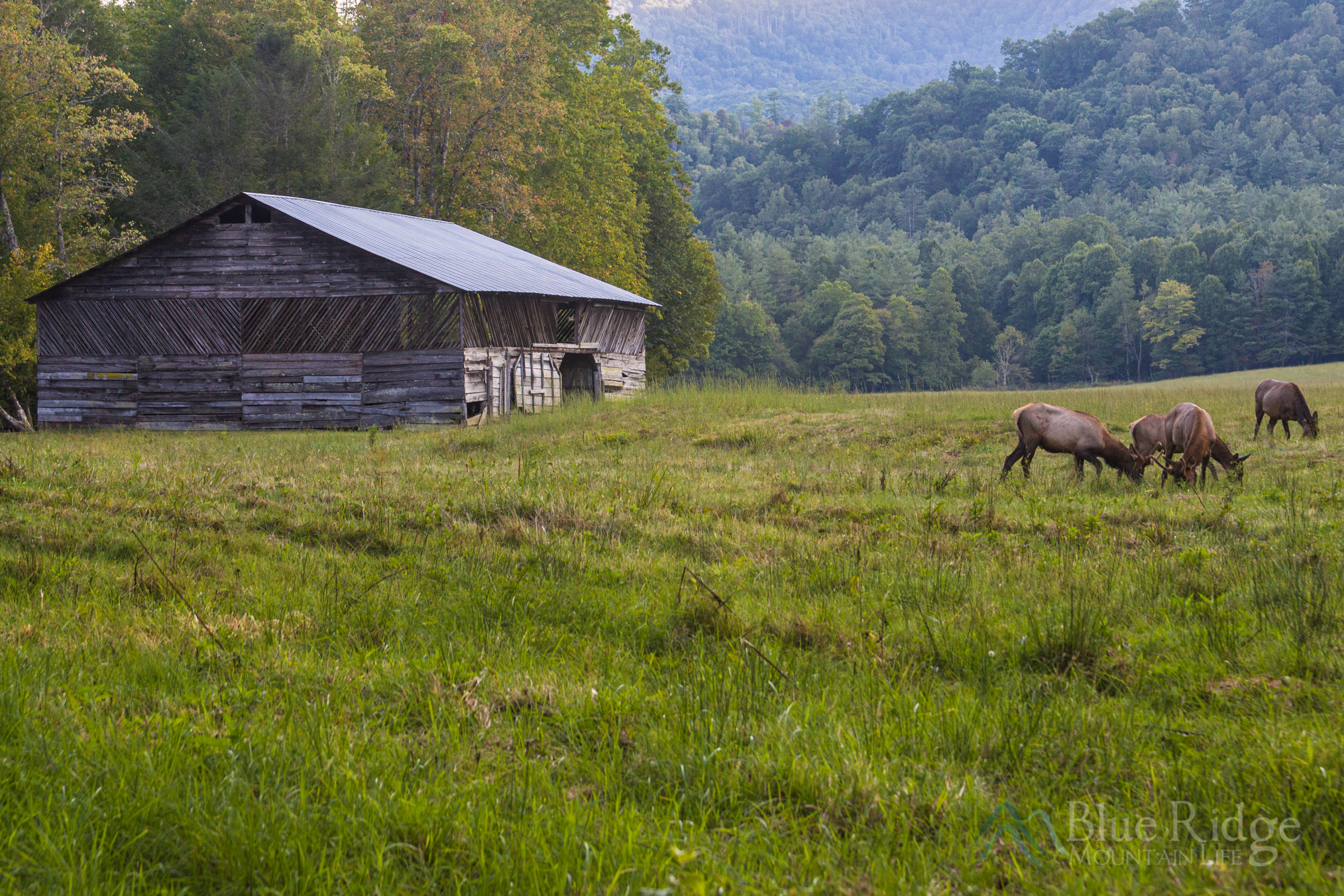 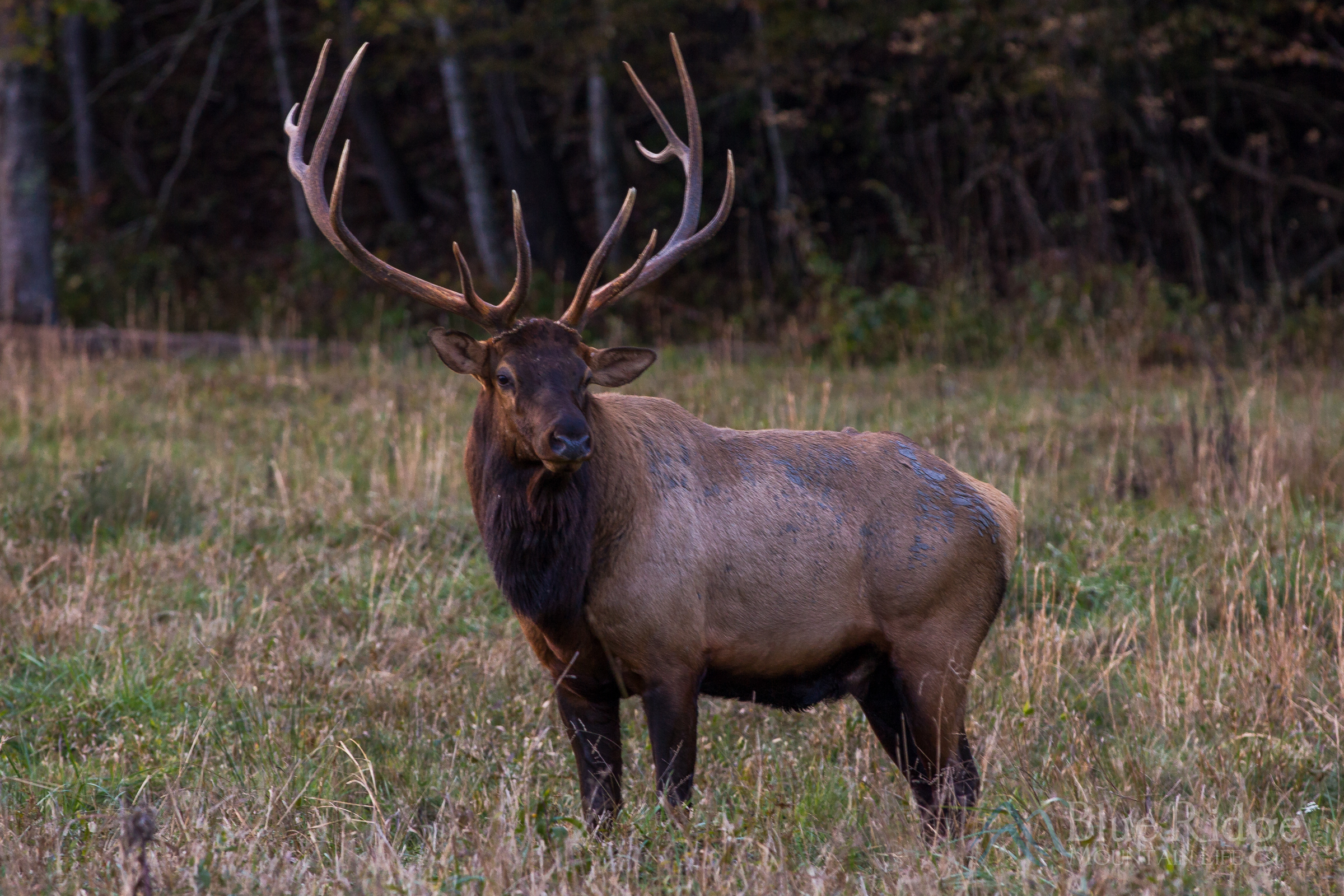 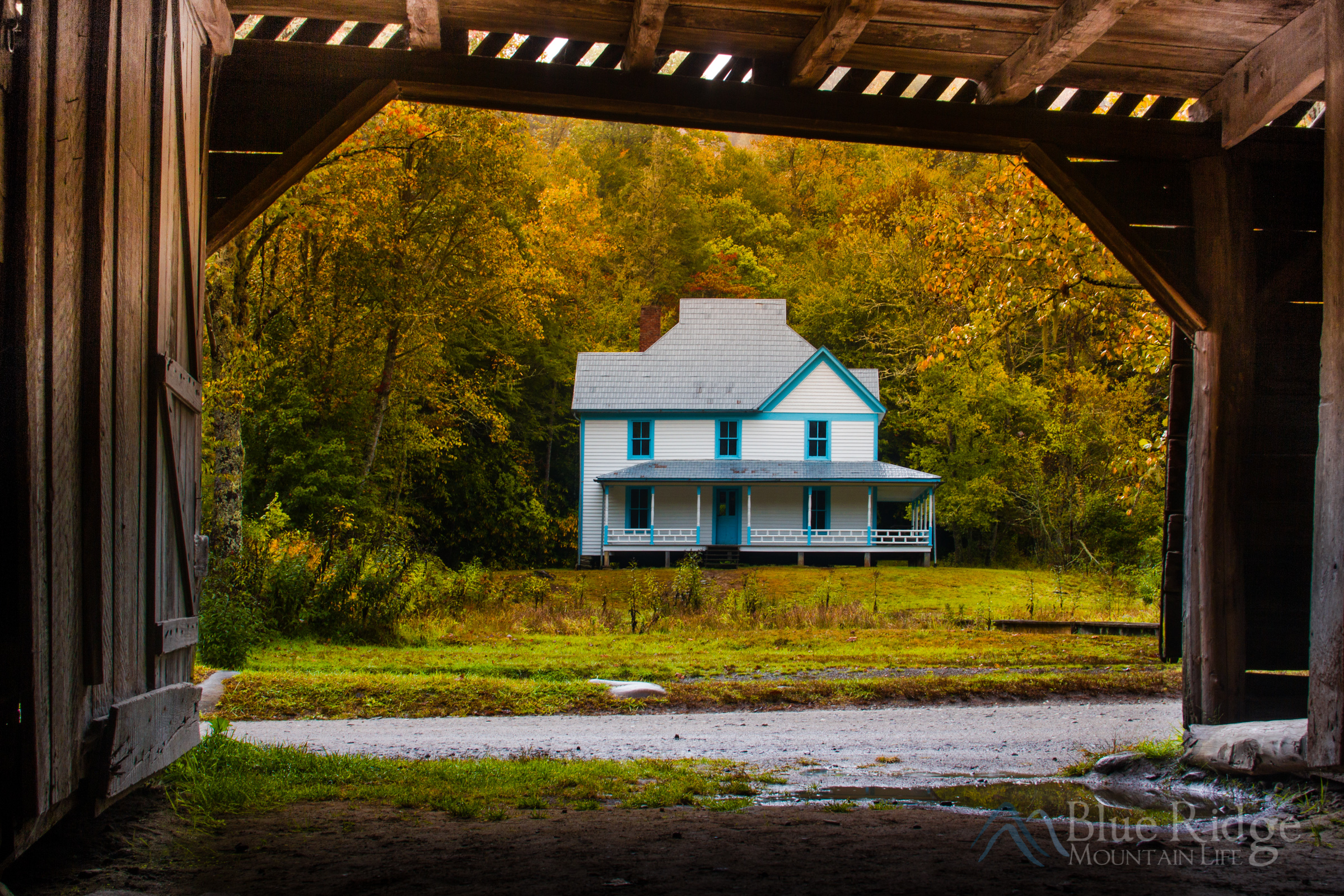 There are a number of historical structures in the valley that date back to pre-park periods.  Most of the structures are 20th-century buildings and look fairly modern.   There are a few older structures, Cook Cabin and Hannah Cabin are more 1800s looking structures.

The following information on Cataloochee structures was pulled from Wikipedia:

The Cook Cabin in Little Cataloochee was built by Dan Cook in the 1850s. It was dismantled in the 1970s after being vandalized, and restored to its original site in 1999. The ruins of Cook's applehouse (built by Cook's son-in-law Will Messer) are on the opposite side of the trail.

The Palmer House in Big Cataloochee was built in 1869 by George Lafayette Palmer. Originally a log cabin, a framed addition and weatherboarding were added later by Palmer's son, Jarvis. Along with the house, the site includes the Palmers' frame springhouse, smokehouse, and barn. The house now contains a self-guided museum.

The Palmer Chapel in Big Cataloochee was built in 1898 on land deeded by Mary Ann Palmer.

The Caldwell House in Big Cataloochee was built 1898-1903 by Hiram Caldwell. The Caldwell Barn, adjacent to the house, was built in 1923.

The Steve Woody House in Big Cataloochee was built in 1880 by Steve Woody, the son of Jonathan Woody. The house was originally built of logs. Later, paneling and extra rooms were added as lumber from sawmills became widely available. The house is located along the Rough Fork Trail, a mile from the road. Woody's springhouse is nearby.

The Messer Barn was built by Will Messer around 1905, and was originally located in Little Cataloochee. It was later moved to the ranger's residence, where it stands today. Messer's applehouse is now located at the Mountain Farm Museum in Oconaluftee. Will's cousin, John Messer, built the Messer Barn that now stands in Greenbrier, on the Tennessee side of the mountains. 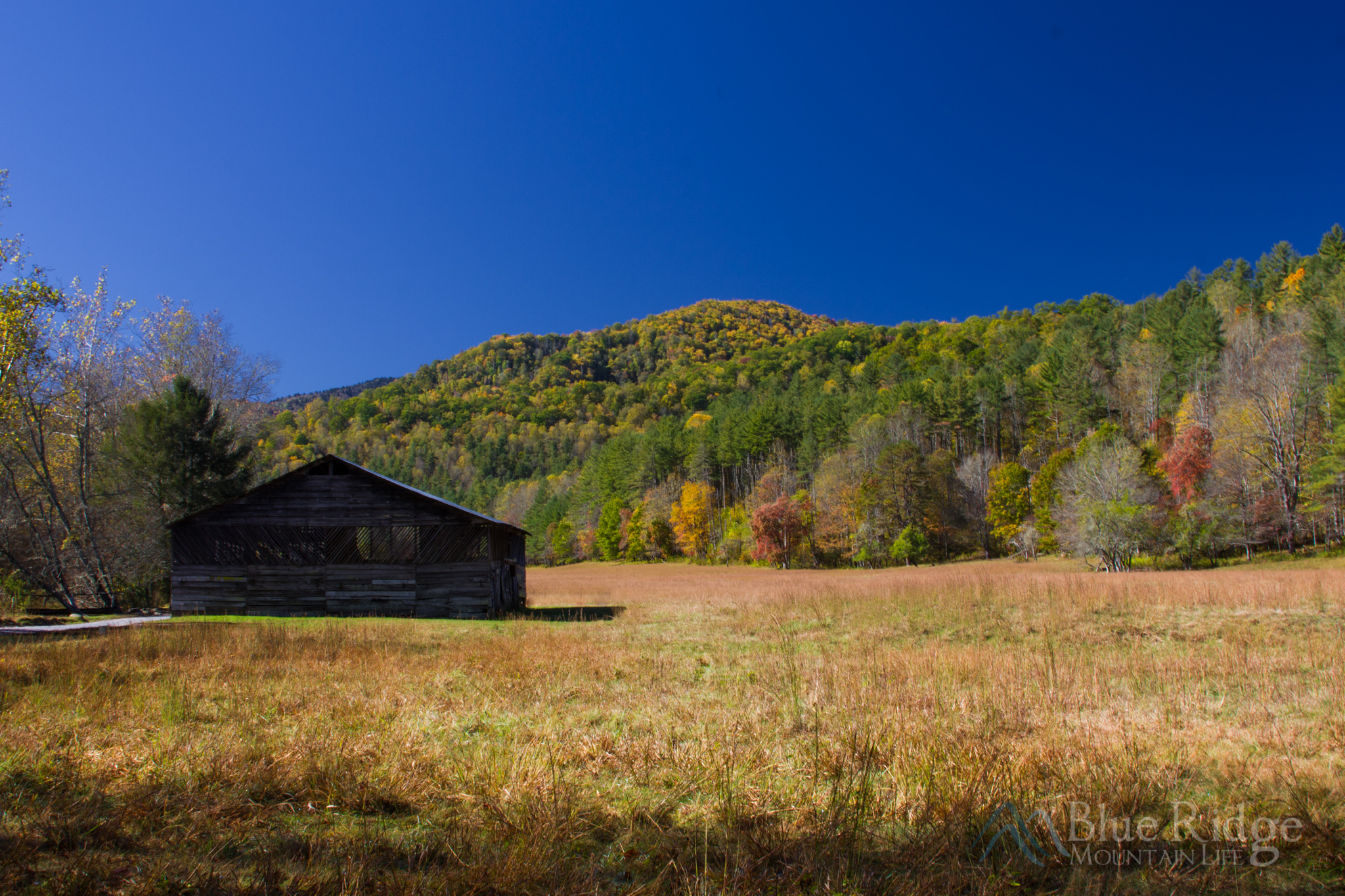 One of our favorite places to hang-out is behind Palmer Chapel in the beside the creek.   In the summer, it's nice and cool and the kids can take their shoes off and wade in the cool water.   We often picnic here as well and let the kids run around and play football.  Here's another photo of Palmer Chapel: 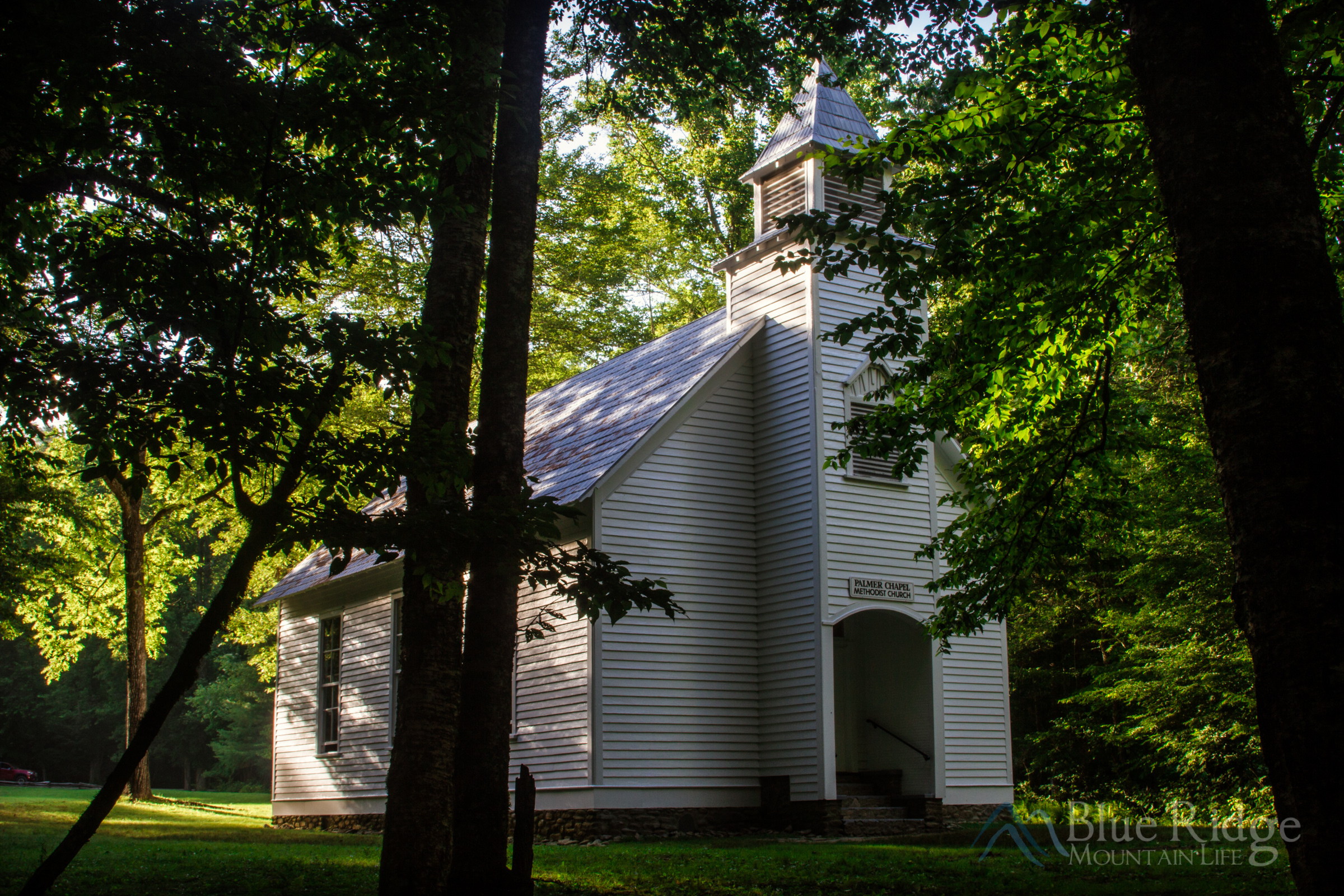 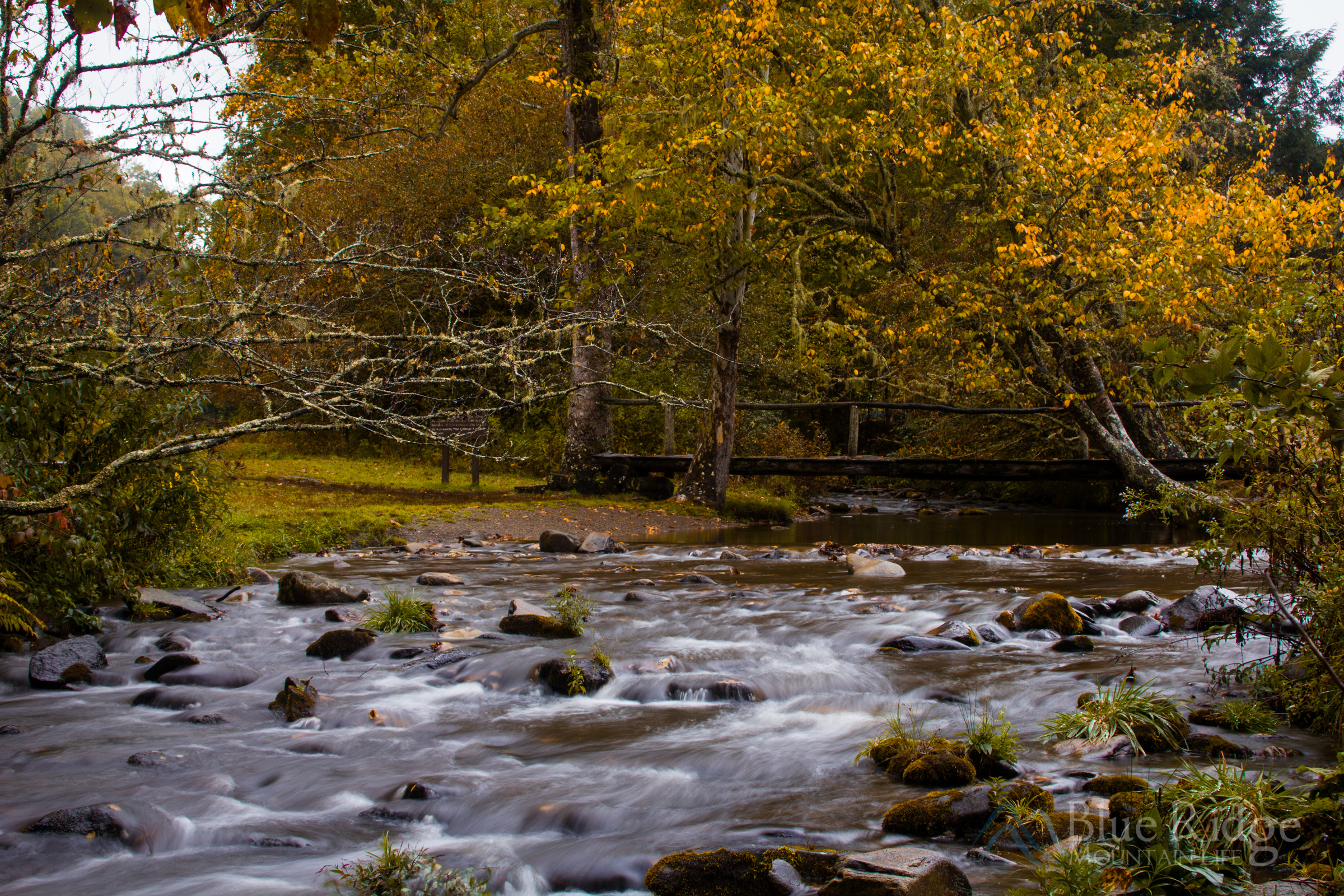 Cataloochee creeks are well known for wild trout.  Many of the residents that lived in Cataloochee Valley, prior to the park taking ownership, stocked the creeks and streams with trout and charged fisherman from all over to come and fly fish.

Many residents earned a good living this way, and by providing boarding and food for the tourists and fisherman.   Fishing does require a state license and fishing regulations are enforced. 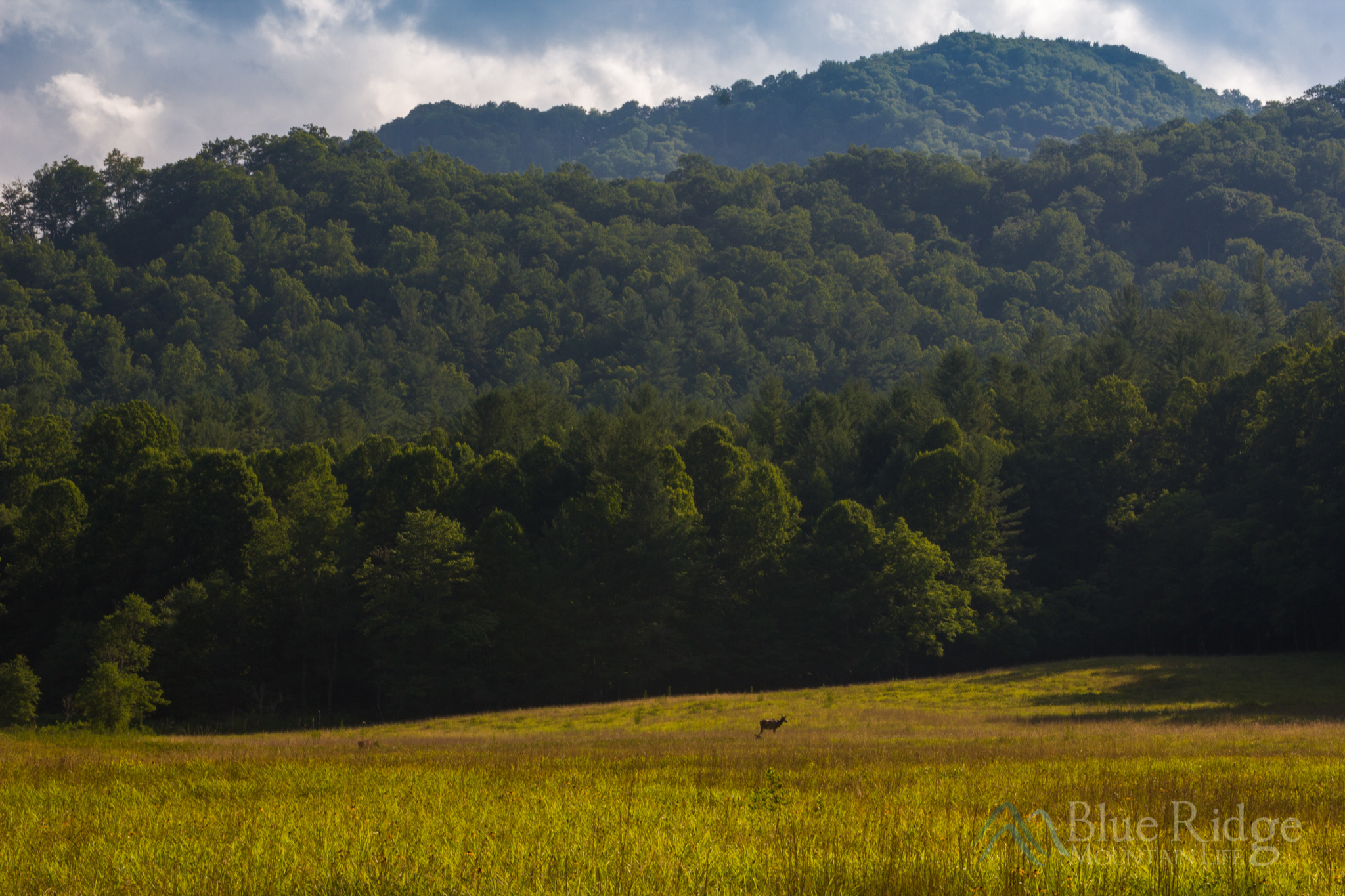 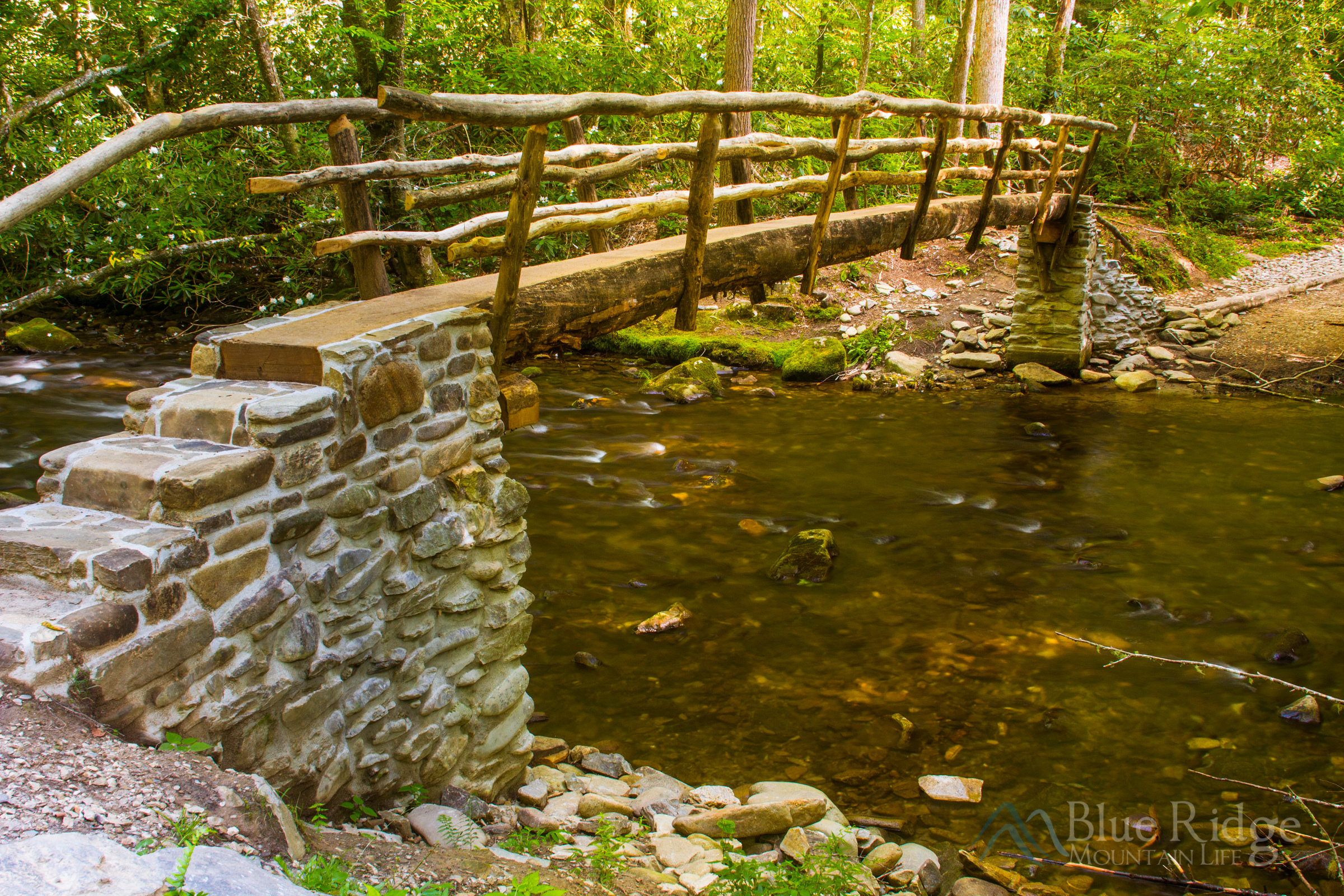 There are many others as well.  Backcountry campsites are available but require a permit. 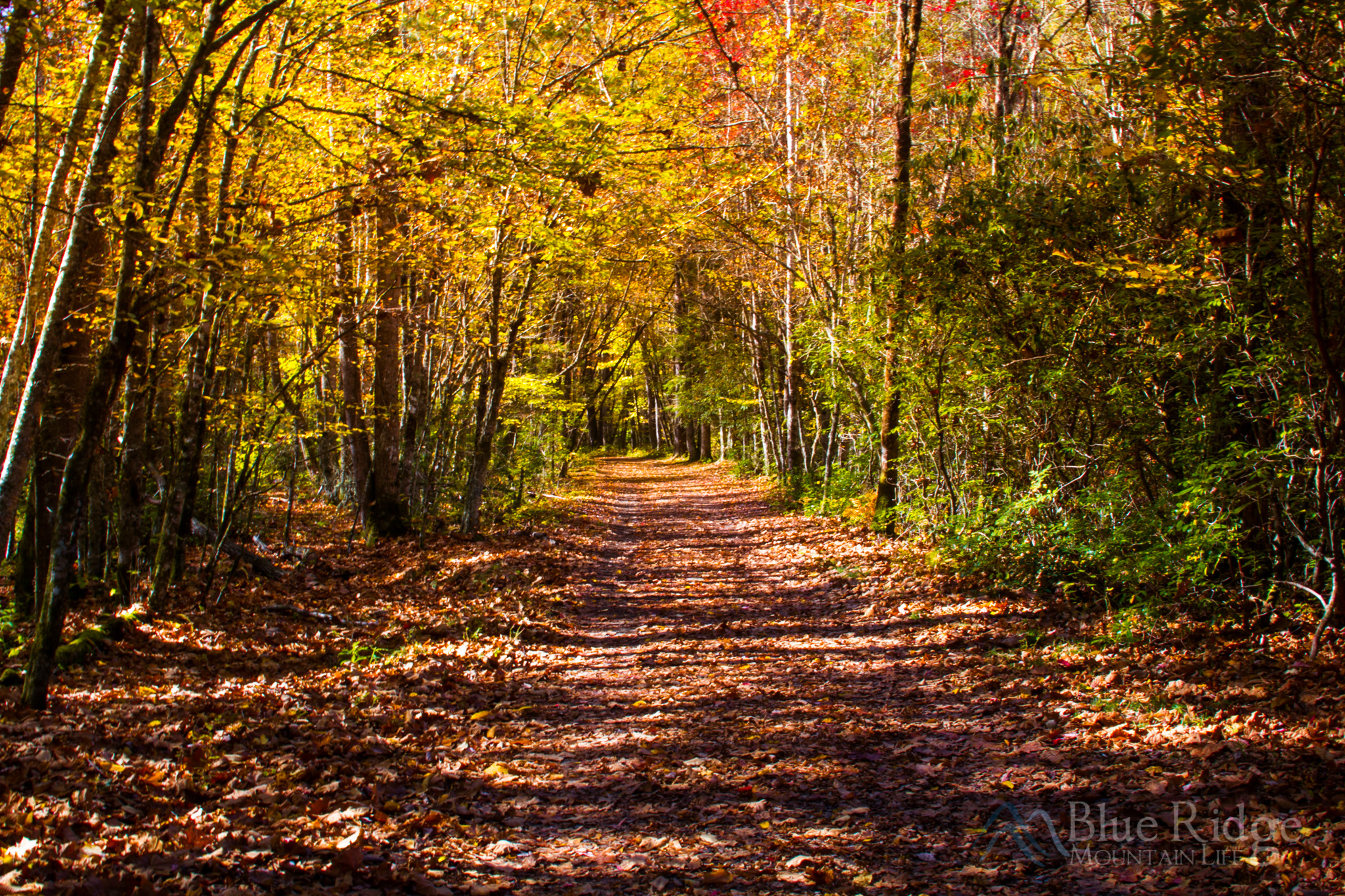 Probably one of the most popular things to do in Cataloochee is to find a nice spot, sit down and relax.

Many people picnic by the creeks or park their vehicles along the edge of the field to watch the wildlife, such as turkeys, bears and of course Elk.  Our kids really enjoy wading and playing in the creeks. 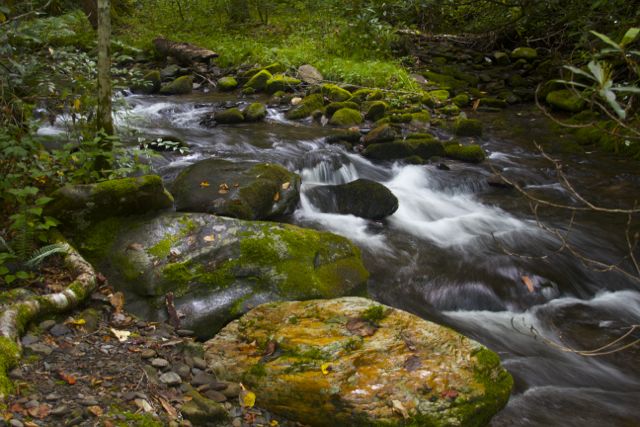