The mountains of Western NC and Eastern Tennessee received an early snowstorm this year.  The storm began last night (10/31) and continues today as I write this.   At our house near Maggie Valley we have about 4 – 6 inches, depending on where you measure.   Other areas, higher up and closer to the Tennessee border are reporting 10 or more inches. 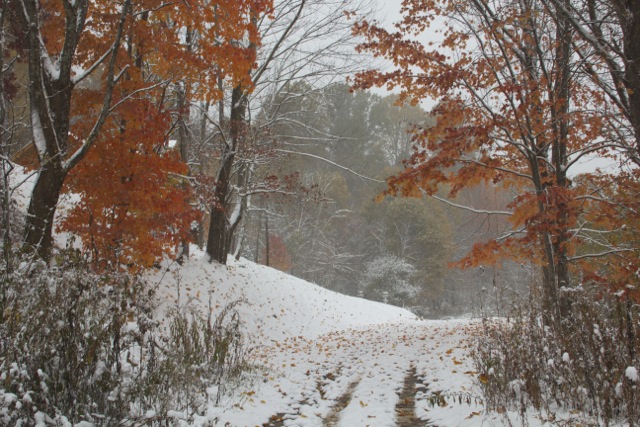 While we do sometimes get snow storms late in October or in early November, they aren’t common and generally don’t dump this much snow on us.   I know many don’t like snow much, but we love it and especially when it snows early, mixing the seasons.

The snow storm has caused a number of major tourist destinations to be closed, impacting late arriving “Fall leaf lookers”.   The Blue Ridge Parkway is closed from Cherokee, NC to Boone, NC.  Additionally, Highway 441 through the Great Smoky Mountains National Park is closed as well.  We did receive word a few minutes ago that both the Sugarlands and Oconaluftee visitor centers are both open.

My wife and I just went out on the BRML 4-wheeler for about an hour today and took a number of photos around our home.  We’ll continue to post more photos as we get them below.  We’re hoping the Parkway might open up in the morning and we can head up there and get some photos.

Hope you enjoy our photos of Snowvember 2014! 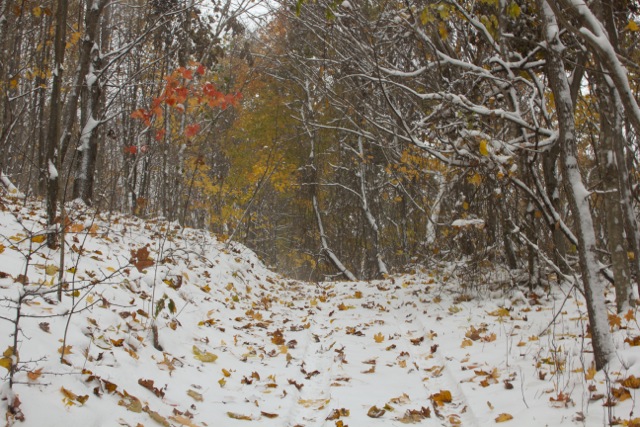 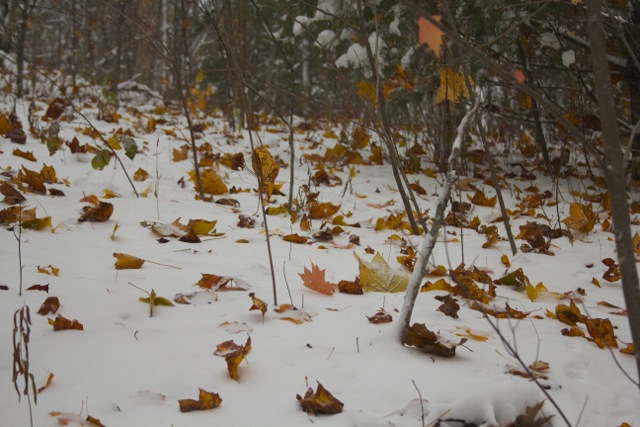 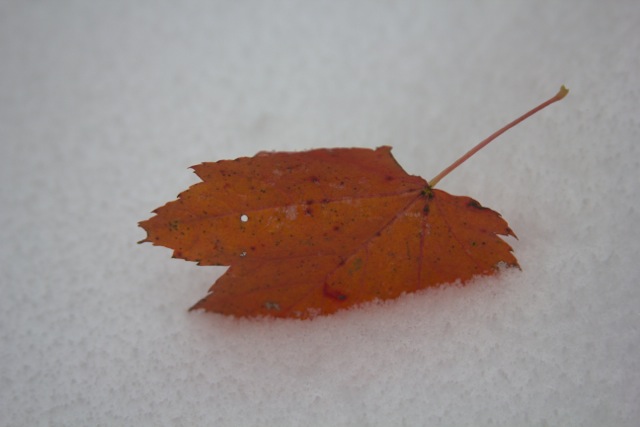 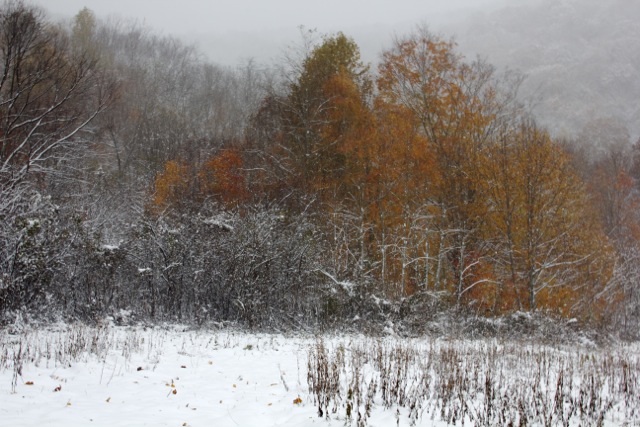 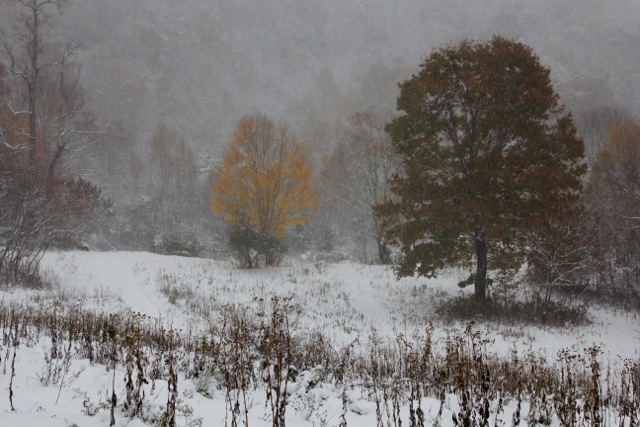 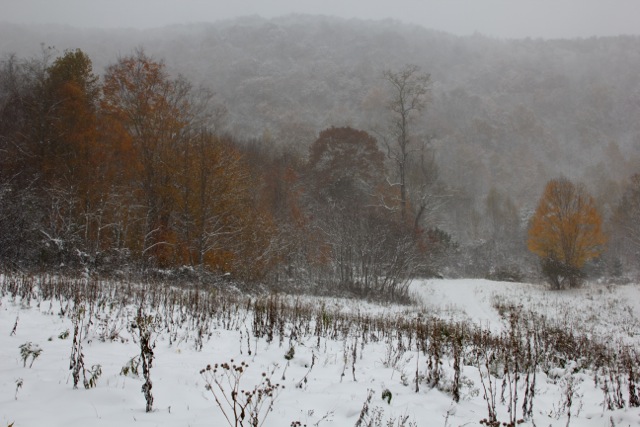 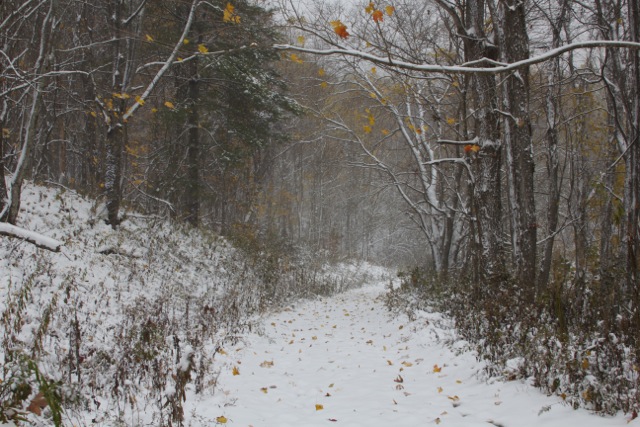 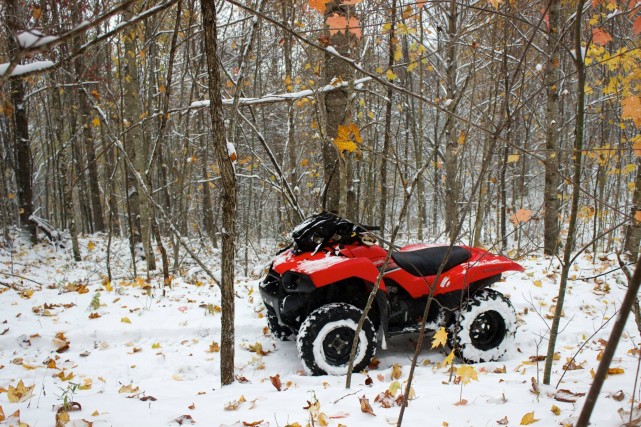 Our “BRML 4-wheeler”, critical for being able to get out and get snow photos! 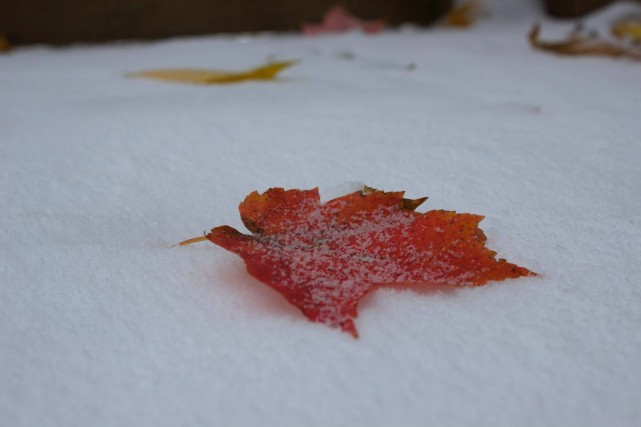 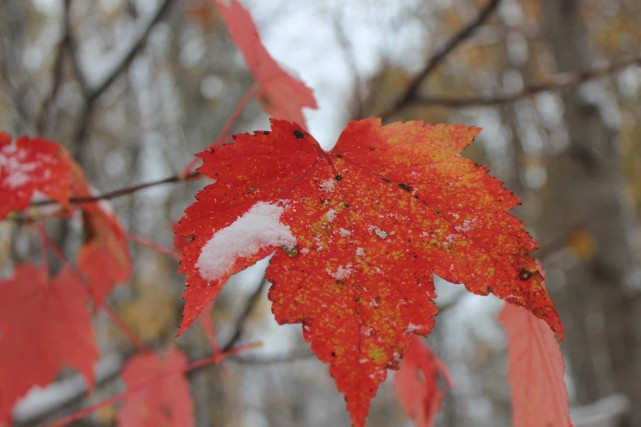 << We’ll post more photos as we get them, so keep checking back here and on our Facebook Page >>

Gorgeous…..thanks for sharing. Will be in your lovely area Nov. 12-19….have been watching your photos for a couple weeks now.

You’re welcome Muriel! Thanks for stopping by.