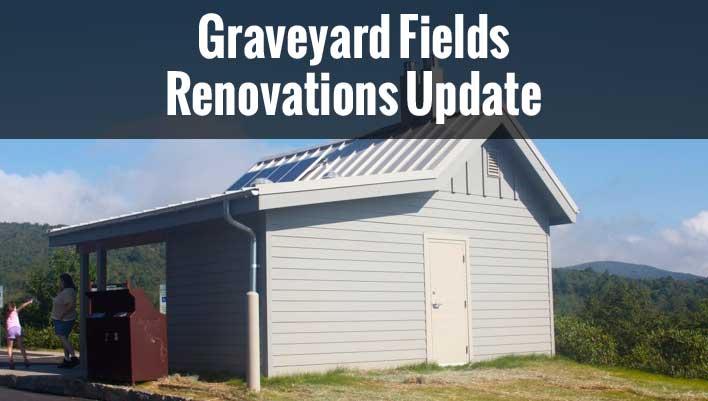 On April 22 of 2014, Graveyards fields was closed for 11 weeks, while “extensive renovations” where done.  They were re-opened recently, so we headed up to Graveyard Fields this past weekend to check out the changes.

As you arrive at good old milepost 418.8, the most noticeable change is the new and large restroom facility near the trail entrance.  You can also see a freshly paved parking lot and lots of work on the grass and landscaping surrounding the parking lot.  There is also a revised sign at the trailhead:

The bathrooms are a fantastic addition to the area.  Before these were built there was really no place nearby to “go” other than behind a tree somewhere.  There are three Male/Female combined restrooms now.  They have toilets, urinals, and hand sanitizing dispensers.  They are traditional park “natural” toilets, basically meaning they are modern day outhouses, but clean and sanitary.  Based on the number of people using them, it as very clear they were a much needed and appreciated addition. 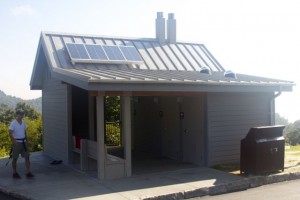 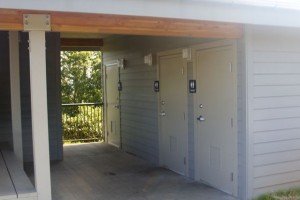 We saw where they worked on the parking lot, but honestly I was really unimpressed.  The parking is still way too small. I was expecting to see a much larger parking lot, but honestly didn’t really see much of a difference at all.  We always get there early so parking is never an issue for us, but upon leaving this past weekend, the lot was full as always, and cars were parked in the grass and on the sides of the parkway up and down graveyards fields.  Very disappointing honestly.

While I’m mentioning cars parked in the grass.  Another new addition are “No parking between these signs” signs.   These are new, and are placed along the road around the parking lot.  They aren’t joking either.  We saw a ranger actively writing anyone within these signs tickets.  So if you can’t park in the lot, make sure you park up (or down) the parkway PAST where these signs are to avoid getting a ticket. 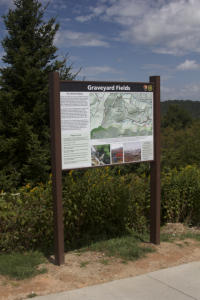 At the trailhead, there are new signs in place showing the trails, trail distances and the locations of the falls.  This was nice.   Heading down the trail head and arriving at Yellowstone Prong, the creek that flows through Graveyard fields, you immediately notice new trail decking on the far side.  This trail before was all dirt and prone to mud and erosion when it rained.  The decking solves this problem, and makes the area more accessible for those that may have physical limitations. 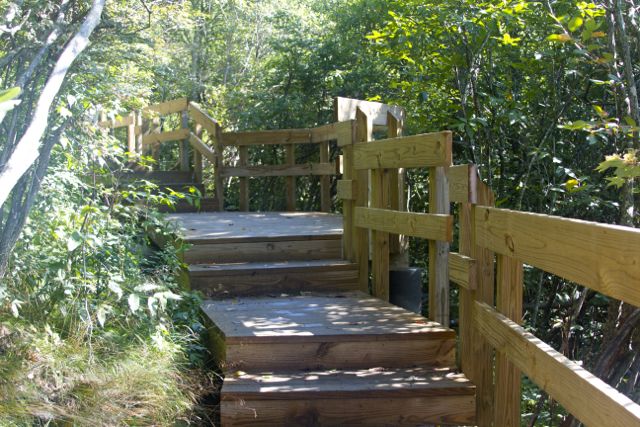 That was pretty all we saw.  We were under the impression that more trail work was going to be done, and additional trail signs put in place.   That was not the case.  We hiked up to Upper Falls and the trails were horrible, and full of water and mud.  The trail up was still rather confusing due to the lack of signs, and due to the makeshift trails people made to get around the mud.

Now, with all of that said, we did appreciate the additions, especially the bathrooms.  We also understand that park funding is limited and that it was probably not realistic to resolve all the issues.   This was a good first step in the right direction, and we hope to see more improvements to Graveyard fields in the near future, especially given it’s popularity.  We hope this will be a significantly enlarged parking lot or at the very least, a secondary overflow parking area that is close by.

Graveyard fields is still one of our favorite places in the Blue Ridge Mountains to visit, and now it’s even better!

Have you been to Graveyard fields since the upgrades?  What did you think?

Thank you Charles, glad you enjoy them. Really is a wonderful place.

Just realize that coming back up is pretty tough if you have breathing problems, I am so glad to hear about the repair to the pavement, It was pitiful for a place that so many people love to visit, And new bathrooms…hooray!

Yes Hope, the walk back up is a bit strenuous. Just take your time.