Updated 12/7/2016 4:23pm – On Monday evening, November 28, 2016 the city of Gatlinburg TN and portions of Pigeon Forge TN literally burst into flames.   More than 14,000 people were evacuated.  Police and fire officials converged on the city in and effort to get control and save lives. Due to high winds at the time, and extremely dry conditions, the fires spread incredibly fast.  Many people barely made it out with their lives, and unfortunately some didn’t make it out at all.

As of today, more than 700 homes were damaged or destroyed by the fire, and 7 people have lost their lives.  With only 35% of the areas being visually inspected at this point, while we pray the numbers don’t grow, they may.

The city of Gatlinburg has a special place in the hearts of millions of people worldwide.  Some live there, some visit, and almost all have fond memories of time spent there, and in the nearby Great Smoky Mountains National Park.   For many, including us, it was like watching our own homes burn.  Our hearts ached as we watched the news updates.  The scene literally look liked hell on Earth.

We’ve personally met and worked along side many of the people in Sevier county TN.  We have no doubts that this city and people will come back, and that Gatlinburg will rebuild, and be better and stronger than before.

This write-up will not only provide ongoing updates, but address common questions about how the fires started, and also share critical information on how you can help the city of Gatlinburg and it’s people.

We will continue to provide ongoing updates, they are accurate and verified against multiple sources.  Many of our update items will come straight for Gatlinburg officials.

Our most sincere thoughts and prayers are with all of these families.  We are so very sorry for your loss.

A very aggressive un-named and non-local reporter asked questions about why the evacuation wasn’t done sooner.  Superintendent Cash explained a number of reasons why they didn’t think the fire was a threat, and measures done to control the fire prior to the winds arriving.   Due to her aggressive nature, Mayor Larry Waters shut her down and said they will look at things like this later, and that there will be no Monday Morning Quarterbacking right now.

This was a very emotional news conference all around.  You could hear the frustration from reporters due to the lack of some information, in particular around missing persons.  Government officials are visibly exhausted, and emotionally frustrated not being able to provide the information wanted by the public.  They are being very diligent in providing accurate information, and that includes providing the public with accurate information.   One of the officials broke down in tears responding to a difficult question about missing people.  You can visible see and hear how hard this has been on everyone, and the community.

This part is tough, but the fire chief stated that many homes are literally burned the ground, with nothing left but foundation.  In these situations, it is unlikely a bodies will be found, and that forensic investigation may be required, which will take longer.

Sadly, this means they will be looking for bones instead of full bodies, but they remain hopeful even though a significant amount of time has now passed.

How the Gatlinburg Fire Started – The Perfect Storm

The Sevier County Mayor, Larry Waters, called the situation “The Perfect Storm”, and indeed he was correct.

Due to extreme drought conditions, some of the worst in recorded history, North Caroline, Tennessee and many other areas of the Blue Ridge were extremely dry.  This was made worse by the fact that many leaves had recently fallen to the ground during the Fall season.   The leaves were literally fuel waiting to catch.

A relatively small fire was burning in the Great Smoky Mountains National park, at a popular destination and trail called Chimney Tops.  This was the second fire in that location for the year, both caused by people.

Monday afternoon, 11/28, a storm was approaching the area.  Everyone was praying and hoping it would bring much needed rain to soak the ground, and help extinguish a number of wildfires in TN and NC, but also the fire at Chimney Tops.

Unfortunately, the storm was bringing high winds as well.  The winds arrived before the rain.  The fire at Chimney Tops began to spread, and even crossed Highway 441 through the National Park.   Park Officials were concerned.

Gatlinburg officials were watching various models to determine possible danger to the city, none of these models indicated the fire would reach he city of Gatlinburg

Around 6:30pm on Monday evening, winds increased, and 80 mile per hour gusts began occurring.  Wind directions changed unexpectedly, and blow smoke, ash, and hot cinders directly into areas around Gatlinburg.  These cinders ignited multiple fires both in and around Gatlinburg.

One of the main areas to go up quickly was “the spur”, which is the road between Gatlinburg and Pigeon Forge.  I heard some say it literally went up like a dry Christmas tree.

Areas on the mountains around the main city were devastated, and entire neighborhoods suddenly went up into flames.  Residents were scrambling to get out, and all the while fire and burning trees were block escape routes.

Fire fighters and police converged on the city to help, but there just wasn’t enough to be everywhere all at once.  But many heroic and miraculous rescues and escapes occurred, many caught on video and in photos.

How can you help?

Thousands of people have lost not only their homes, but their belongings.  Many fled with nothing but the shirts on their backs, and lost everything in the fires.  With many businesses burning to the ground or being heavily damaged, many Gatlinburg residents are without work as well.

We are endorsing the “My People Fund” by Dolly Parton and Dollywood.  100% of your donation will go directly to families impacted by the fires.  You can find more information on their website. 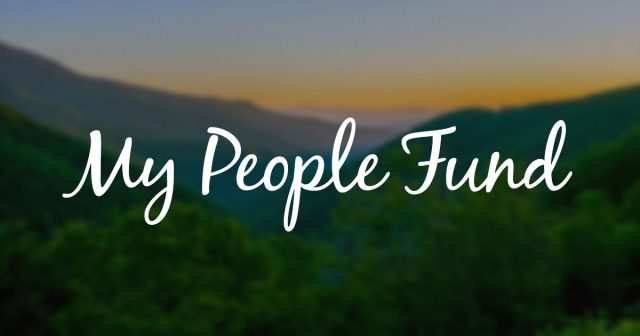 WBIR in Knoxville is maintaining on ongoing list of Organizations helping victims of the fires, and for fighter fighters, medics, and police in the area.

If you would like to volunteer to help out with the clean-up of Gatlinburg, or donation centers, visit Volunteer East Tennessee.